Roaming at the intersection of fiction and reality 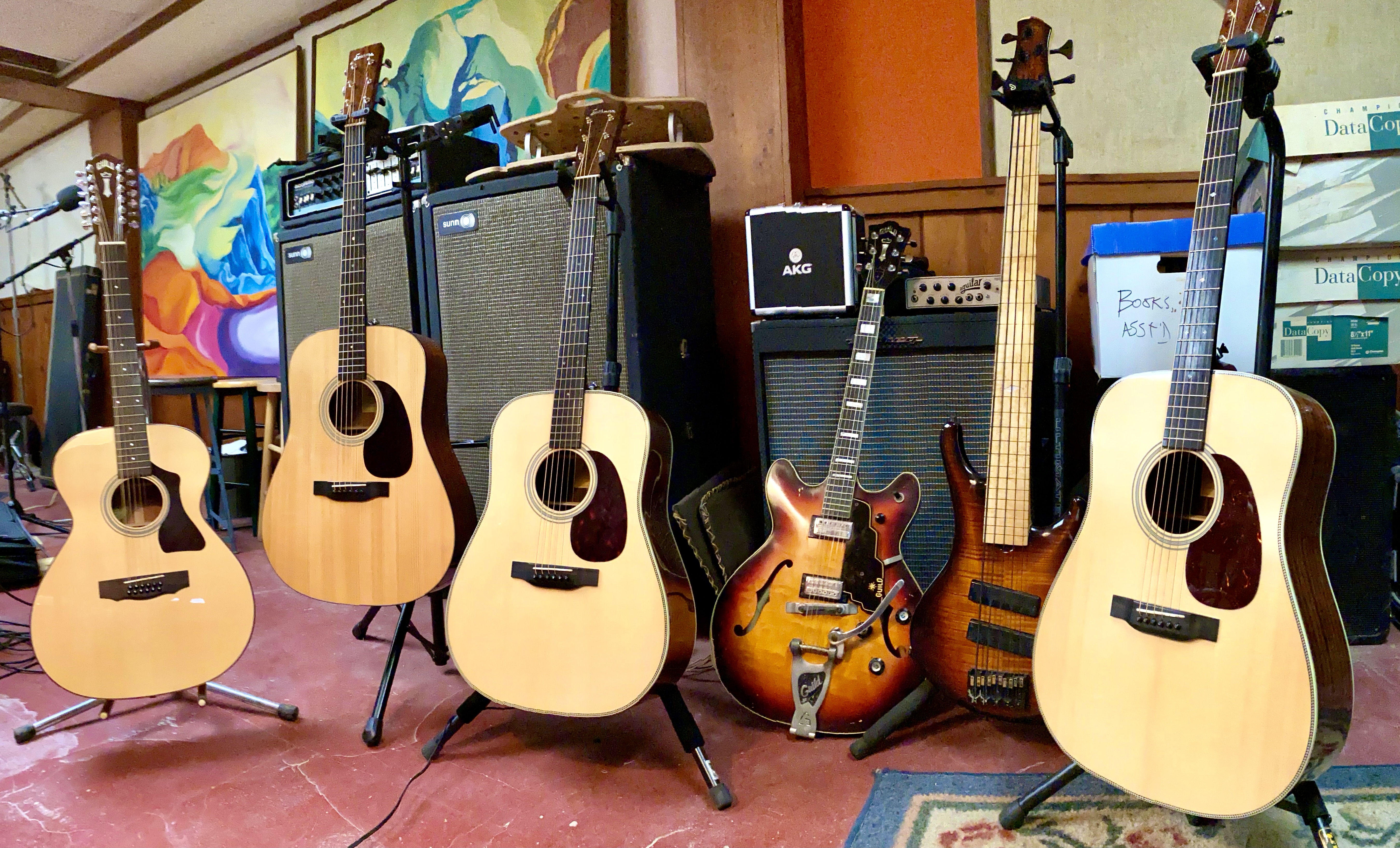 I've been playing music since the late 1960's (damn, I'm OLD!) in various groups in and around the Greater Cincinnati area. I play guitar and bass, and I've usually been one of the lead singers (we won't talk about the time I actually fronted a wedding band as the singer). The band I played with for the last several decades is TOAST -- though our last gig was in August of 2021, and it appears the band is now defunct.

I also play the occasional solo acoustic gig–just me, a mic, and three guitars: a six-string acoustic in standard tuning (my Eastman E10D); a six-string acoustic in DADGAD tuning (my Eastman E20D); another six-string (my Eastman E6D-TC Ltd Alpine) tuned down a full step in D-standard. That last guitar is my "Down Capo" guitar -- a normal capo allows you to play in a higher key with the same chords shapes while a D-standard tuned guitar allows you to do the same without a capo (though having another guitar is more expensive than buying a capo). I also have pedal board with a few effects, a Meinl BassBoX for percussion support on some songs, and a Bose sound system.

You can also check out my BandCamp page and follow me there!

My gear (for you gearheads out there):

I occasionally put together an original song. One of my 'projects' is to put together some of my original songs (as well as some of the cover tunes I do) in a decent enough format that I could cobble together a 'set' to give to coffee house/bar owners where I'd like to play or even sell on a gig. To that end, I picked up Logic Pro X for Macintosh, and a Focusrite Scarlett 2i2 interface to connect to my laptop, and I've asked my son Devon to add some professional drum tracks. Still working on this...

Here's my current effort in that direction: no drums or bass on this, just me on guitars and vocals. "I Am Home (Nise's Song)"—Denise insisted on the parenthetical addition to the title—doesn't have any drums, or bass for that matter. It's just me doing guitars and vocals. This one came about after Denise and I planned a trip to Ireland with my sister and brother-in-law, but at the last minute Denise was too ill to accompany us, though she insisted I should go anyway. I missed her terrifically, and wrote an early draft of these lyrics after my return. She and I did make it to Ireland for the Dublin worldcon, though we also spent several days in Wales and thus I was never able to take Denise out to the west of Ireland to see what I think is the most gorgeous scenery on Earth. Maybe in another few years... FWIW, I took the audio recording and made a video using photos of Ireland that I've taken over the years, and combining it with photos of Denise (and occasionally both of us) and Cincinnati. Anyway, take a look and a listen, and I hope you enjoy the tune.

During the pandemic, I did a series of "one take and absolutely no fixing of mistakes afterward" YouTube videos of me singing and playing some of the songs I tend to do on solo gig. Those 'mistakes and all' videos are here, if you can stand to watch them! More polished recordings to come as I record them!

Here's the link to my playlist for solo gigs as of July of 2021, if you're interested. However, I'm consistently adding additional tunes as I hear something that strikes me. 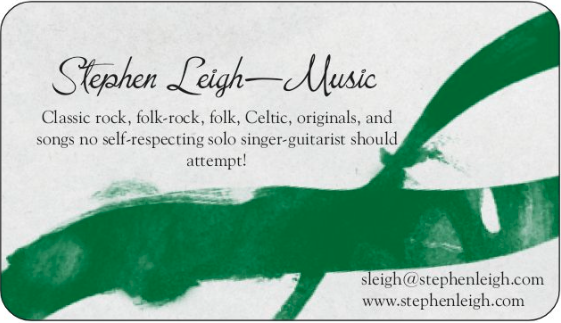